Demand For Electric Vehicles And Impact On Automotive Packaging

Passenger vehicles generate around 10% of energy-related carbon dioxide emissions. With more demand for personal vehicle ownership, the rate of emissions is expected to rise. The good news however is that with rapidly developing technology electric vehicles are expected to cut emissions and reduce the usage of fuel.  There has been a significant worldwide increase in the number of electric vehicles being used. This trend is only expected to grow as the demand continues to increase. The influencing factors are arising both from the industry and from consumers. These factors are not only increasing the demand for electric vehicles they are also affecting the automotive packaging industry.

Energy Security: With the increase of hybrid and plug-in electric cars, governments around the world are reducing their dependence on imported petroleum and improving their energy security. This is especially significant when the supply of fuel was coming from politically volatile countries.

Urbanization: It has been projected that over 50% of the global population will be living in cities by 2030. Urban areas generally bring restrictions on space. Electric vehicles are small, compact, efficient and work well for short daily driving distances. This makes them ideally suited for urban environments.

Control Congestion and Pollution: There is an increasing awareness about sustainability and reducing carbon emissions. Businesses and governments are putting regulations in place which will help them reduce emissions, pollution, and overcrowding. The increasing need for efficiency has resulted in incentives and tax credits on electric vehicles. This makes them both accessible and attractive to the consumer.

Costs: The advantage of running electric vehicles is that they incur lower costs than conventional vehicles as the cost of electricity is lower than that of fuel. With government subsidies, incentives and tax credit the cost of the vehicle is also lower than a conventional one.

Increased Range: Improvements in battery technology have resulted in an increase in the range in which electric vehicles can travel between charges. This is attractive for consumers who have longer commutes. Along with battery improvements, high-speed charging is also reducing the downtime between commutes.

Street Cred: Tesla gave electric cars the cool factor they lacked before. The purchase of luxury electric vehicles is trending upwards and this can be attributed to the popularity of Tesla.

With the expansion of electric vehicle technology over the last decade businesses have created newer and more environmentally-friendly vehicles. The automotive packaging industry has also had to transform in order to meet the growing need to ship more electric vehicles and the batteries used in them while conforming to national and international regulations. Durable and reliable automotive packaging solutions are needed to transport vehicles and their components through the supply chain. The packaging material also needs to be as green and reusable as the cargo it holds.

There have been concerns about the shipping and packaging of lithium batteries as they are the main power supply for most electric vehicles. For close to two decades regulations related to lithium batteries have been under review as they are considered a fire hazard in transit, especially on aircraft. Automotive packaging solution providers have to consider this hazard with the increase in the use and transportation of electric vehicles worldwide. Providers need to ensure safe transportation of these batteries via safe packaging material and safe modes of transport to prevent damage and the occurrence of dangerous situations. The packaging design of lithium batteries also needs to prevent movement during transport and secure them against short circuits.

At Ficus Pax, we can develop compliant automotive packaging solutions that focus on the efficient and safe transportation of electric vehicles, their electric motors and batteries in accordance with government regulations for air and surface transport. Talk to our engineers about efficient custom battery pack solutions that are heavy-duty, strong, impact-resistant, and reusable. Let’s discuss a cleaner, greener future.

Uses Of Honeycomb In The Packaging Industry

The Importance Of Shock and Vibration Protection In Packaging

The Advantages Of On-Site Design and Packaging 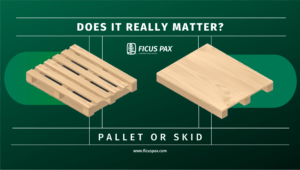 Pallet Or Skid – Does It Really Matter? 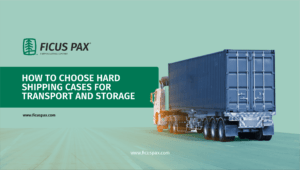 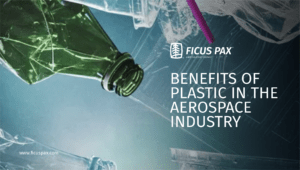 The Benefits Of Plastic In The Aerospace Industry

New Government Rules For The Packaging Of Electronic Products